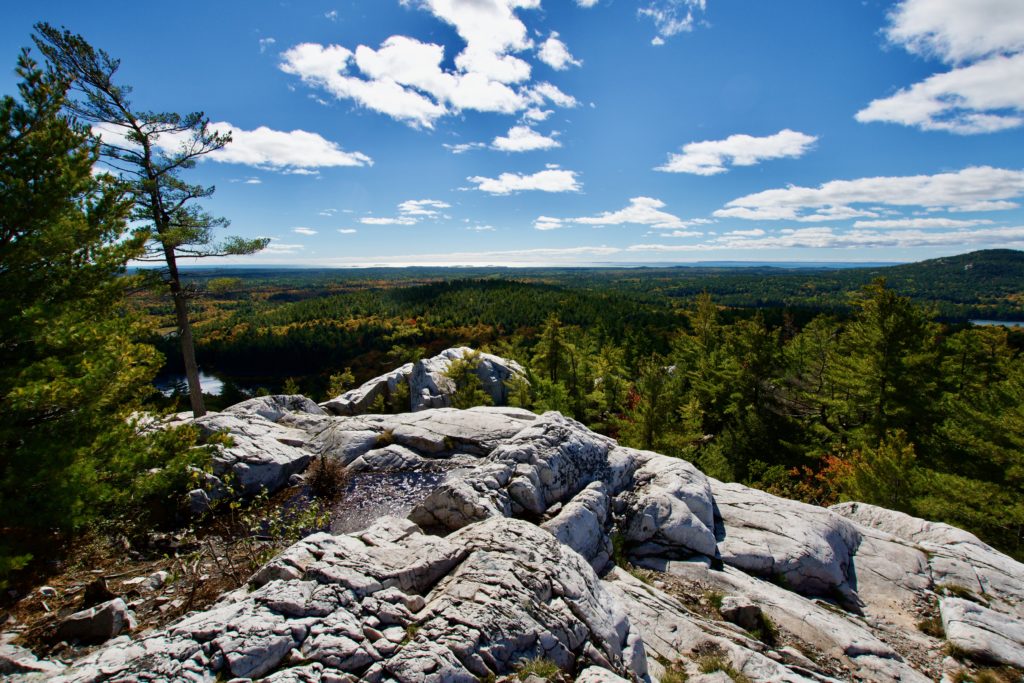 Just as the sun dropped behind the treetops, plunging the road into a premature dusk, I spotted the wolf trotting towards me along the shoulder. I abruptly stopped my car. The wolf, out of caution, dashed into the woods. Grabbing my camera off the passenger seat, I stepped out of the car, listening to the wolf’s footsteps on the damp leaves covering the forest floor. Her white fur offered contrast to the dark forest, appearing like some sort of ghostly apparition. When she paused for a few seconds to stare at me, I managed a couple of passable photos before heading back to my campsite.

Killarney Provincial Park has been my favourite camping destination for the past four years, a wilderness habituated by spectacular wildlife, just five hours from my home in Cambridge. There are closer places to camp such as Long Point and Turkey Point, which are incredible locations for bird watching, hiking and hanging out on a beach. But when I go camping, I also crave the opportunity to get close to elusive species such as bears and wolves. The wolf sighting excited me. They are not often seen, but on an earlier excursion to Killarney a healthy-looking grey wolf crossed the road, affording me a precious five seconds to snap a few images before it turned into the forest. These are Algonquin Wolves, the result of hybridization of Grey wolves, Eastern wolves and coyotes. They are found across northern Ontario and Quebec. Biologists have classified then as a “threatened” species – not yet endangered but species of concern. A week later I saw what may have been the same wolf maybe two kilometres further up the road. Those sightings had whetted my appetite and this additional one – on the first evening of a three-day camping trip in late-November – seemed like a good omen.

Earlier that afternoon, after pitching my tent, I had picked up twigs around my campsite to use as kindling. I now arranged them in the firepit, stuffing Vaseline-soaked cotton balls underneath. The petroleum jelly burns long enough to ensure even damp wood ignites. The park sells firewood chopped locally which is important to prevent invasive pests, such as emerald ash borer and Asian Long-horned Beetles, from hitching a ride between locales. I lit my fire while planning a drive along Highway 637 for the next morning in the hope of seeing the white wolf again. For now, I was content with the warmth of my campfire, a hot stove-cooked meal, a cup of Australian Shiraz and, most importantly, a good book. There is ample time while camping to read both by the campfire and while sitting on the rocks of nearby George Lake under midday sun.

Animals of all shapes and sizes are attracted to food left out unattended. Deer and raccoons are common nighttime visitors, and the reflections of their eyes in your headlamp or the sound of their sniffing around, just inches from your tent, can certainly raise the heart rate of the uninitiated. Rule one in camping is to keep a tidy campsite, especially in bear country. Before retiring for the night, I always pack away my gear and put garbage in the trunk of my car. That’s not too difficult as the park staff provide garbage bags upon arrival. Never ever leave garbage in the firepit. “We often find unattended full coolers left on site,” says Shawn Spencer, assistant park superintendent at Killarney. “People often think that coolers are bear proof. Some of them are even marked they are animal proof (when they are not). We are trying to educate campers that coolers should be stored inside their vehicle. If they are camping in the interior, we recommend bear-proof canisters stored appropriately.” I have treated myself to a Yeti cooler – expensive but bear proof – which I store in the trunk of my car overnight. 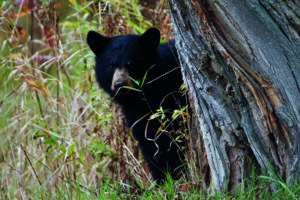 Bears are a concern, let’s face it. The visitor centres in both Killarney and Killbear provincial parks display taxidermy bear cubs that got used to scavenging for food left out by careless visitors. Both became proficient at smashing car windshields to get after food left on seats. It’s not surprising that they were labelled “nuisance bears” and had to be trapped then released hundreds of kilometres north. Unfortunately, they returned to the scene of their crimes and were subsequently shot. “A fed bear is a dead bear” is not hyperbole. With COVID-19 travel restrictions in place, more people have been camping in Ontario than ever before, putting a strain on facilities and staff, not to mention fellow campers. Some need to be reminded of the “leave no trace” maxim. And it’s irritating when those arriving late at night – without flashlights or headlamps to allow them to quietly set up their tents in the dark – fail to understand that sound travels in a forest. That’s why I try to avoid the summer peak season. Besides, there’s a better chance of seeing wolves in the spring and autumn.

Over the years, I have heard wolf packs howling in the park’s interior. Heck, one October afternoon a solitary wolf passed within three metres of my tent. I was able to coax it into stopping for a picture by mimicking the sound of a kiss. It stared at me with curiosity before continuing its journey. All of this came to mind as I listened to the crackling of my campfire and looked out into the darkness. By this time, I was down to my last lump of wood, so it was time to think about turning in for the night. I had pitched my tent on the side of a hill where the rocks offered protection from the wind. I now thought about the hardest part of camping: the time between extinguishing the campfire (which is mandatory to prevent forest fires) and getting into my warm sleeping bag for the night. A sleeping pad, by the way, is essential to prevent the ground from sucking the heat right out of your body, regardless of the temperature rating of the sleeping bag. I leave my boots in the tent vestibule and, in them, a can of bear spray. I have never had to use it, but I wouldn’t think of camping or hiking in bear country without it. Bears normally don’t want anything to do with people, but a couple of years ago, for three consecutive days, a cub was foraging for acorns near my tent. One night I was awakened by the sound of an adult bear right outside my tent. 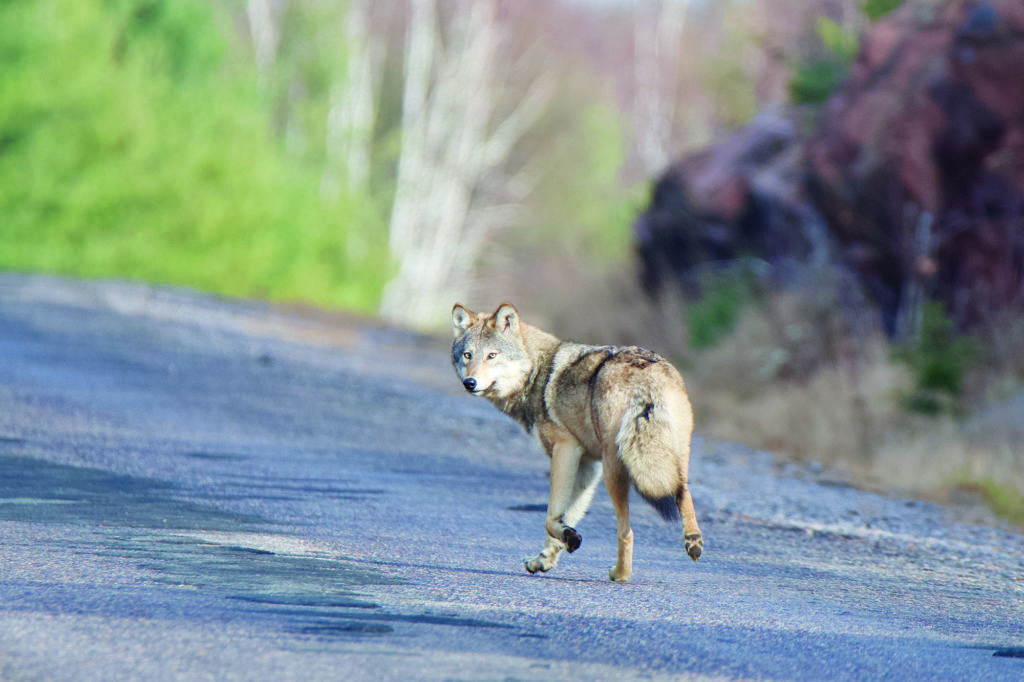 It was the white wolf that occupied my thoughts as I awakened and noticed condensation on the roof of the tent. The outside temperature had dipped below freezing and my body heat had caused the moisture buildup. Avoiding a tiny puddle next to my sleeping pad, I unzipped the bag, sat up and reached for my insulated jacket, which I keep inside the sleeping bag so my body heat keeps it warm overnight. Then I laced up my boots and headed out on my quest to find the white wolf. There was little traffic along this highway that bisects an enormous boreal forest stretching from Highway 69 to the village of Killarney, a distance of some 70 kilometres. It was raining when I caught sight of her running along the road not far from where I had spotted her previously. This was extremely good luck. Again, she was coming towards me and my arrival sent her back into the forest but not before I fired off a few shots with my Nikon D500. I checked the images on the LCD display and that’s when I noticed bare patches on her rear shoulders. It was mange, a disease caused by mites burrowing into a wolf’s skin. It’s an awful disease. In an effort to relieve the irritation, wolves will scratch so hard they lose fur – fur they will need to keep them warm during the winter. I pulled a U-turn and drove 200 metres ahead to see if she would reappear. My instincts were correct. We repeated this process: the wolf trotting along the road, sometimes crossing to the other side, me driving further ahead and waiting for her to approach. Eventually, she ran across a bridge and I left her alone. To pursue her would have constituted harassment. 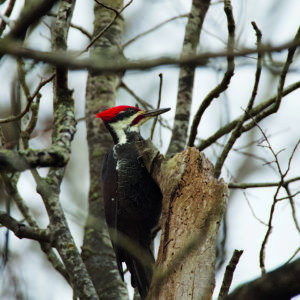 There is a rule in wildlife photography that if your presence causes an animal or bird to alter its behaviour, then you are interfering. That’s why I prefer not to join other photographers as they converge upon a bird nest, for instance. In any case my best wildlife encounters have been alone and when I exercise patience. Bears and wolves are not the only species I have seen while camping. A year ago, after failing to snap an image of a bear I’d seen crossing the road, I was consoled by the appearance of an adult bald eagle flying into a tree near my car. It perched on a tree branch long enough for me to focus. Then it flew down towards me and over my head. Foxes and coyotes also use the road to move about their territories. And twice this year I have seen a barred owl hunting in the trees. One time the owl flew down almost in front of my car. The “laughter” of pileated woodpeckers is commonly heard in the woods and they are not so camera shy. Locals tell me they have seen moose in roadside marshes though I have never been so lucky. The wildlife is incredible but so too is the terrain in northern Ontario, which is part of the Canadian shield. Hiking trails in the region are spectacular and well marked. I have enjoyed an afternoon climbing The Crack, which rewards the hiker with a view of the La Cloche Mountain range. An influx of park visitors due to the pandemic caused the park to temporarily limit the numbers last summer. Another favourite is the Chikanishing Trail, which takes you out to the shores of Georgian Bay. Because it’s bear country, I make sure I make noise, occasionally calling out “Hey bear, hey bear” in order to announce my arrival and avoid surprising one. When I am not in bear country, I keep the chatter down so as not to disturb wildlife and other hikers. I would never think to go on these trails wearing anything other than my best hiking boots. It is easy to turn an ankle or slip on the rocky surfaces. I take a day pack with me, which I stuff with a waterproof jacket and pants, a spare layer in case of sudden change in weather, a Nalgene bottle filled with a litre of water, a couple of snack bars, a roll of toilet paper, a flashlight just in case I am out longer than expected and a charged cellphone. Spending time with nature, in solitude, is an experience that never grows old. Camping with nature makes me feel alive. 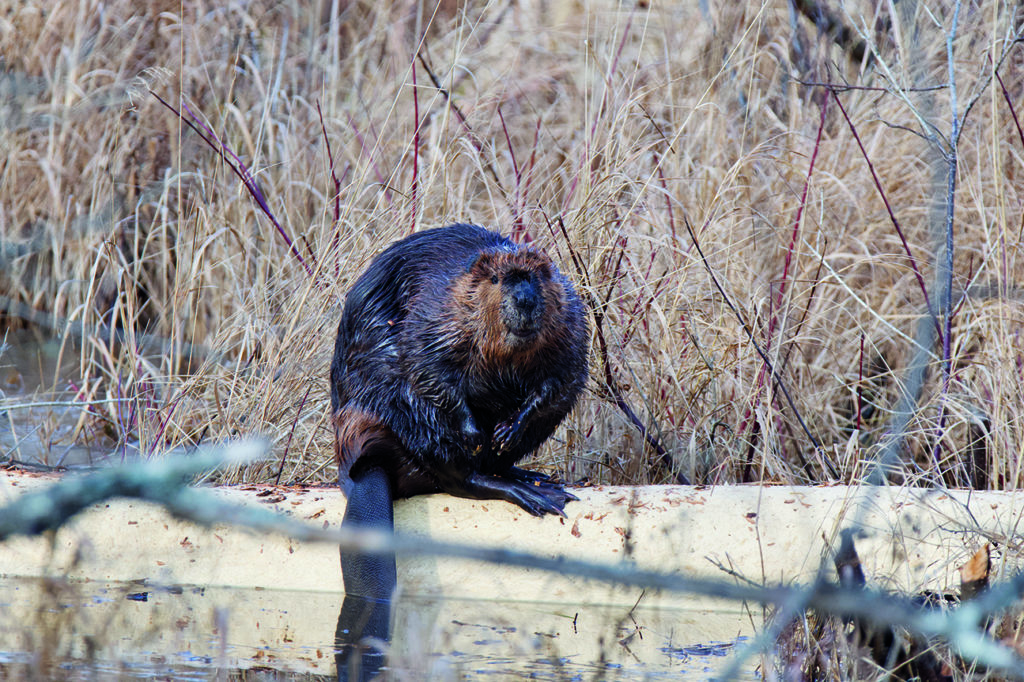