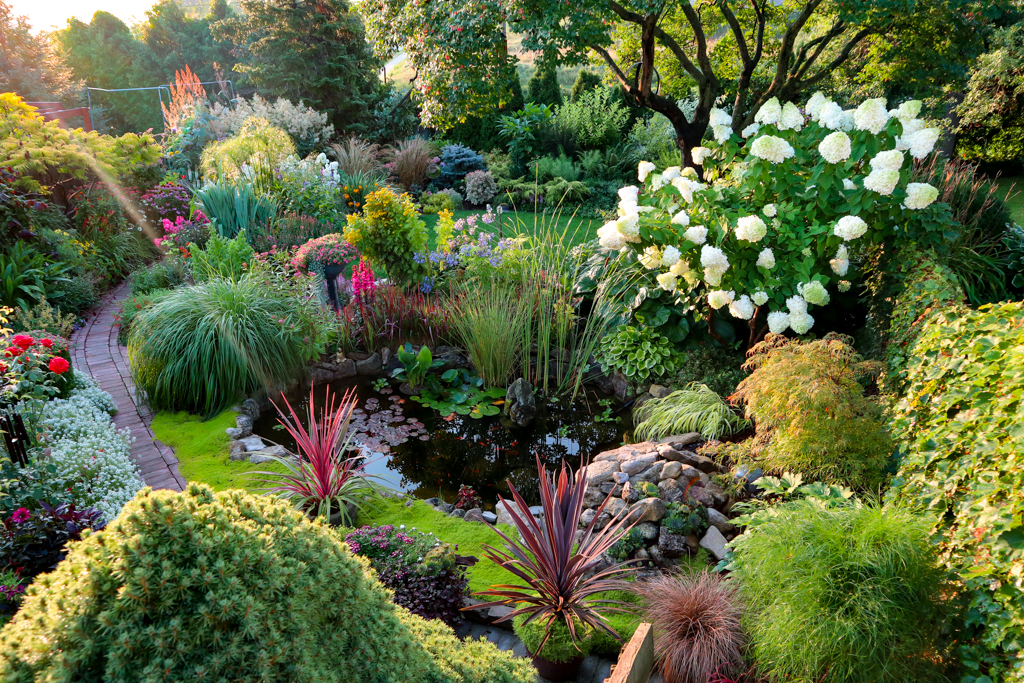 There was a time, years ago, that gardening felt like work to David Hobson. Because it was, if only briefly. As a young teen growing up in England, he had a summer job as a gardener’s boy, a traditional role that involved a lot of fetching and carrying. “I’m not sure I learned much about gardening. I did a lot of weed pulling,” says Hobson, whose weekly In the Garden column celebrates its 20th anniversary in the Waterloo Region Record this spring. He’d also helped his father in his family’s garden after they’d moved to a new house when he was about 10 years old. He recalls visits to his uncle’s, where enormous dahlias bloomed above the garden wall.

Hobson left England in 1967 on a solo journey that brought him to Montreal for a year, and then to Waterloo Region for work. But those early experiences in the garden – combined with a lifelong love of being around nature – seemed to plant a seed that would germinate years later in a Waterloo backyard. “I grow plants for a variety of reasons: to feed the body and to nourish the soul, for novelty and nostalgia, to challenge the elements and often my patience, but mostly it’s for the joy in seeing them flourish,” Hobson wrote in introducing himself to Record readers in 2001.

His passion is on display in that suburban space he shares with his wife, Debbie. Behind their home is a 35- by 85-foot yard-turned-oasis that’s developed over 35 years and is still very much a work in progress. “I make changes constantly,” Hobson says. “Plants grow well, next year they don’t grow so well, so I move things around.” By his estimation, there are as many as 500 varieties of plants in his garden, accented by trellises and pergolas, patios and pathways he’s constructed himself. None of this feels like work to him. “For other people, gardening is just outdoor housework, but I don’t see it that way,” Hobson says. “It’s often viewed as work, but it really isn’t, not if you enjoy it.”

That desire to build, to create, comes naturally to Hobson. His career saw various roles in the construction industry, including a stint facilitating part-time evening courses on the Ontario building code at Conestoga College. He’s since retired – the grandfather of three turned 75 in January – but he hasn’t slowed down.

For years, Hobson has cultivated his passion in others. He’s welcomed countless visitors to his backyard, and led tour groups on trips, often centred around the world-famous Chelsea Flower Show in London. The pandemic prevented those visits last season, at home and abroad, and left Hobson with a little more down time than usual. “I actually spent more time sitting around in the garden than I normally do. . . . It’s a different experience, in a way,” he says. “I’ve noticed things, just sitting back in a lawn chair on the little lawn, looking at the way plants have formed and shaped, contrasting with each other,” he says. “I see things I hadn’t noticed before, simply because I was present.”

Hobson parlayed an early garden humour website into two self-published books, he’s a frequent guest speaker at garden shows and horticultural societies, and he’s answered thousands of questions from novice gardeners and the greenest thumbs alike. His Grand Gardeners group on Facebook has more than 2,500 members. “David seems to know everybody,” says P.J. Gagne, who moderates the Facebook group as one of its “OGs” – original or old gardeners, depending on the day.

With patience, kindness and a complete lack of pretension, Hobson shares tips, dispenses advice and answers questions he’s been asked 20 times before, Gagne says. “He’s just so generous with his knowledge and with his time, and with his plants.” Humour weaves its way through his columns and conversations, and into his garden, where it seems as important an element as the soil and plants themselves. “You have to laugh when you garden, otherwise you’d cry,” he maintains. “There’s always something dying.” 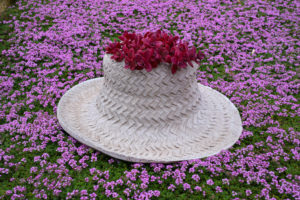 That wit and whimsy is there in his yard, too. Sap buckets repurposed as hanging planters. A bird cage, home to hens and chicks, a perennial succulent. Plants growing atop bricks or bursting from the end of an old lightbulb. “In all aspects of his gardening, he’s very creative,” says Waterloo’s Anne Morgan, a master gardener emerita who usually visits Hobson’s property every year to see what’s new. “It’s a beautifully designed, small city garden with a great variety of plants.”  Annuals and perennials, trees and shrubs all find a home in a space that also features vegetable and rock gardens, a shaded patio and a pond. “The garden evolved. I didn’t plan a lot of things,” Hobson says.

The relatively compact footprint pays tribute to the concept of garden rooms, where some areas are hidden away at first glance, revealing themselves as one ventures forth. “When you’re in his garden, you don’t even know you’re in a city. You’re transported somewhere else,” Gagne says. “It’s peaceful, joyful, always something around the next corner.”  Hobson approaches his garden with design and co-ordination in mind, but admits his addiction can challenge his best intentions. “Unfortunately, I’m also a plantaholic, so I’m always in the position of having to squeeze plants in to make them conform where possible to the design – but not always successfully.”

Asked to name a few favourites, Hobson falls silent for a moment. “I have so many favourites, and it’s often the latest plant.” His father was a great rose grower, and Hobson has a few varieties. Salvia, cardinal flower, clematis and lantana make the list; the first tomato of the season from his vegetable garden is always a treat. “I’m the kind of person who will rescue a half-dead plant at the garden centre and bring it back to life,” Hobson says. “I get a lot of pleasure out of that. And things that aren’t supposed to survive, when you see them do and flourish, it’s no different than children, really. Not everything’s a success, he notes. “I try to encourage people that way, that perhaps they see if I have lots of failures, they don’t feel too bad themselves.”

Chemical-free for all of its life, Hobson’s garden has played host to all sorts of furry and feathered visitors – rabbits, a groundhog and an opossum, even a heron that snatched a fish from the pond. Some have proven to be more of a nuisance than others, like the raccoon that attempted to climb the Boston ivy on the gable end of the house, ripping it down in the process. “I’m endlessly fascinated by what shows up, because it’s always something new and unusual,” Hobson says. “I don’t worry too much about garden pests. Take off the bifocals and I can’t see them.”

In recent years, Hobson has introduced more and more native plants that are often better suited, by definition, to their surroundings, and can help to support local biodiversity in the face of declining populations in beneficial insects. But planting anything is a good alternative to the expansive green lawns that dominate suburban neighbourhoods, he says. “It’s not so much planting the right plants, it’s to start planting plants. . . . You can move onto the native plants after you’ve got your interest in gardening going.” With the pandemic keeping people closer to home last year – and most likely this year, too – more homeowners are taking a second look at their properties, resolved to spruce things up or try something new. 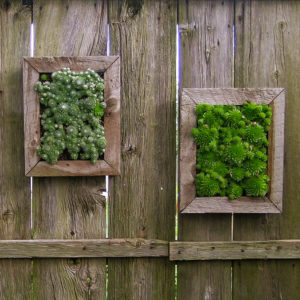 “I always say start small, always start small. You can start with a house plant if you don’t have a green thumb and keep that alive, and move onto planters outside,” Hobson says. Raised bed gardens, neat and tidy, are a good choice for gardening novices as well. Along with being esthetically pleasing, gardens have health benefits, too. “You can create your own paradise in your garden,” says Hobson. “They’ve even found microbes in the soil that have an effect on lowering anxiety, which is quite surprising. Maybe that’s why I’m quite calm most of the time. . . . Who knows what I would have been like if I hadn’t had a garden?”

Hobson tells novice gardeners to avoid the many gardening myths spreading like weeds online. Seek out science-based information from reputable sources. Be patient, be prepared to fail, and then to try again. “It’s relatively simple, it’s just a matter of paying attention. If you brought home a new puppy you wouldn’t forget to feed it,” Hobson says. “You’re dealing with a living thing.” And above all, enjoy it. “It doesn’t take long to get hooked.”

For more on David and his garden, visit davidhobson.ca.